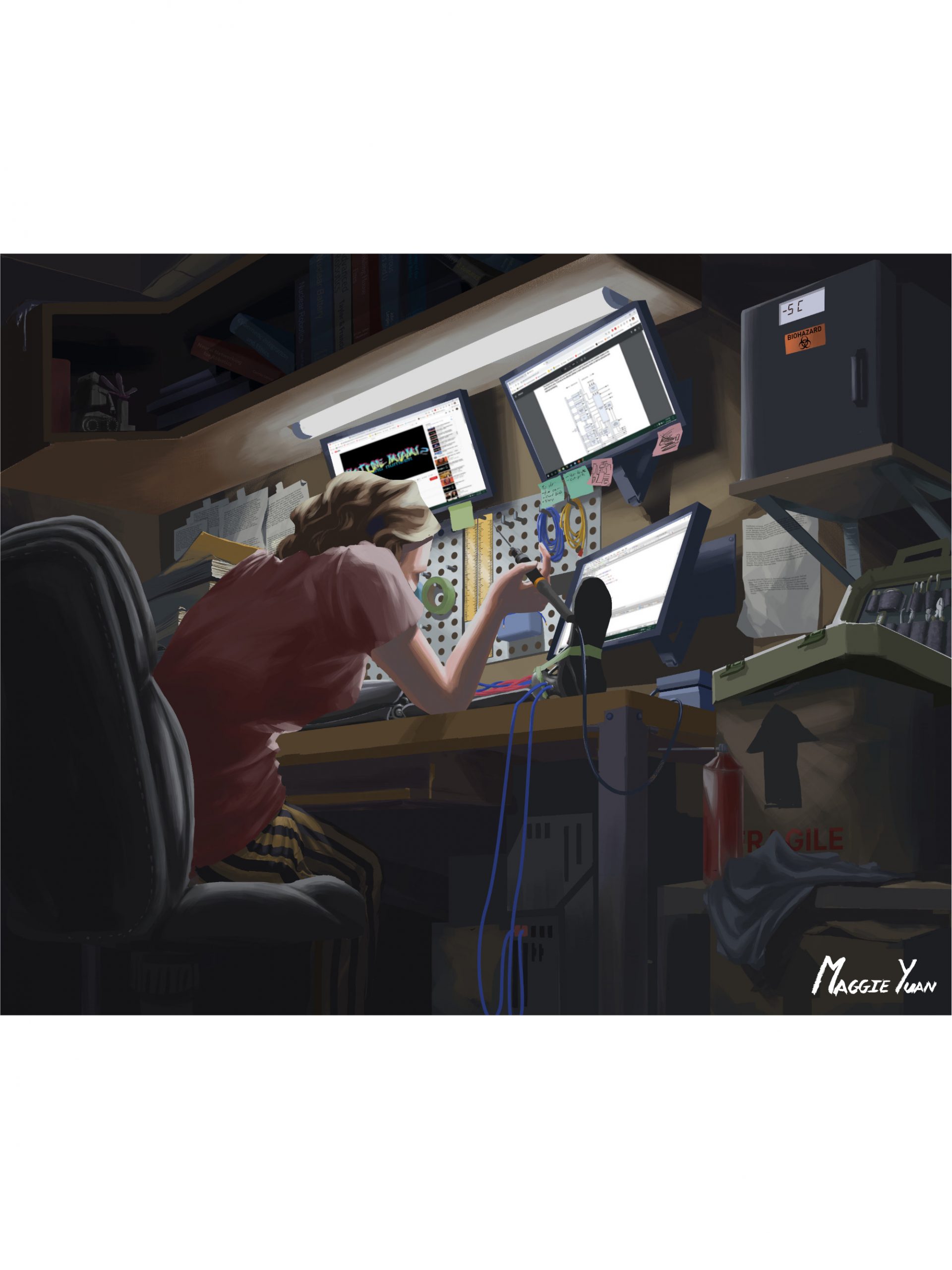 Thoughts On This Illustration

This Late Night Concept Art was drawn during my time as a third-year student at AuArts. During the covid lockdowns, all classes were forced to be presented online, and oddly enough, I think the final illustration came as a parallel to my life at the time.

This illustration with concept art describes a life of a woman who struggles to survive with cancer and as a result of that is an amputee. To live with the expenses of such a procedure, she produces illegal products and researches difficult subjects in order to survive and afford her treatment. This character lives out in the mountains and it is often a rough and dangerous road to drive on, resulting in her limited human contact. How did she grow to have a life and job such as this? Let’s just say she has a sponsor… who holds a proverbial knife to her neck.

Send a message my way
Check out my process blog!

Maggie Yuan
Based in Calgary, Alberta