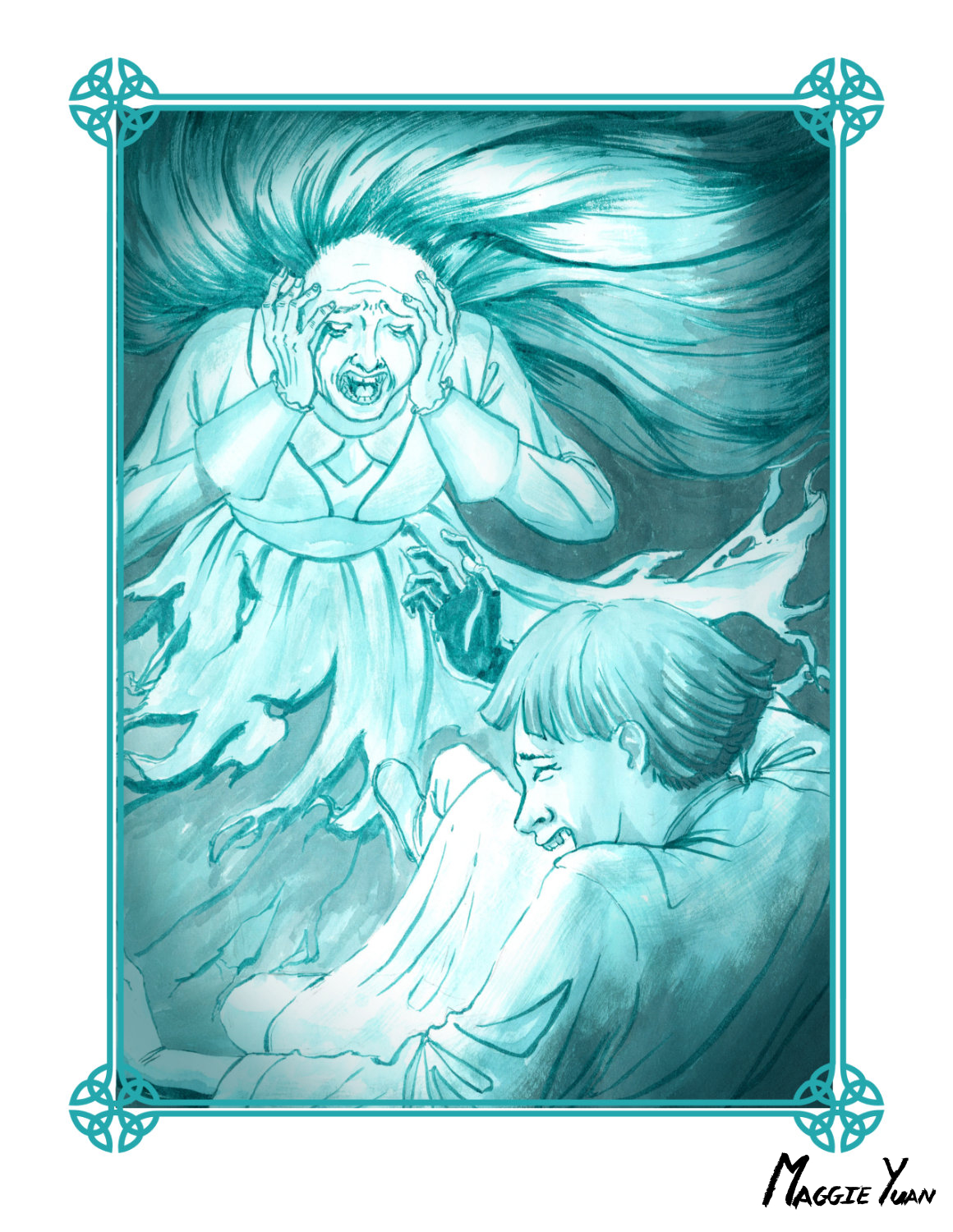 Thoughts On This Piece

This Banshee Children’s Book project was based on the tales of the Banshee who comes to warn the boy of his mother’s imminent death. Contrary to what I believed previously due to games such as DnD, most banshees were not spiteful creatures out to damn the living. I found out through research that they were there to warn the target family that a relative was dying, and to mourn and cry with them. This was much of a surprise to me, because of the banshee’s disheveled and “spooky” visage.

Surprisingly enough, the women who were assigned to be the banshee were often accepted and held to high respect by society because of their relationship with death in general. Banshees only approached families of pure Irish blood, and it can be indicated by the surname, such as the one I used in the spot illustration. Because of this, time was dialed back to a more medieval Irish time, and thus I believed that a more traditional media would be befitting of this project.